My CSAA from 2016 had expired, and I was in Vegas to attend re:Invent 2018. I took this opportunity to recertify the credential. This is a newer version of the exam, which made it exciting, but at the same time there were a lot of services that I had not really used, so had to go through the FAQs and documentation for those, along with the excellent acloud.guru course.

It took me about 4 days of serious prep, and I scored 927/1000. Working with AWS professionally for 6 years helped me in a lot of areas - particularly the well architected framework. Also, I loved my exam experience at re:Invent, compared to the typical exam centers we go to. It was far more relaxing, and I scored quite a bit of swag.

Here are the notes that I took while preparing for the exam. 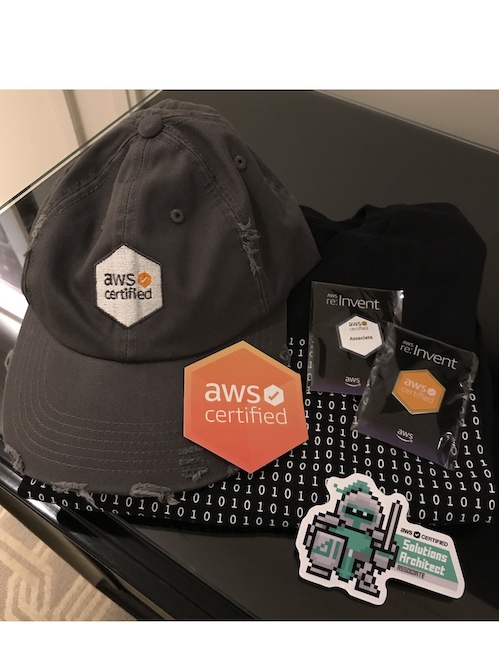 Before you schedule the exam, measure your confidence in these areas in particular -